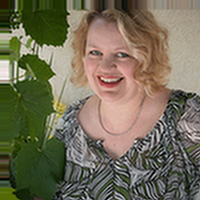 Paula has worked in the Northwest wine industry since 1998. A graduate of the University of Washington, she began her career in retail wine sales in downtown Seattle. A move back to her home state of Oregon led to a job at Abacela in 2002. Working with direct sales, wine club, marketing, social media, branding, and wholesale distribution, she has helped keep Abacela at the front of the pack.

Paula took over national sales management in late 2018, and is now based out of Portland, Oregon, travelling around the U.S. promoting the wines of Abacela.

Paula also volunteers for the Umpqua Valley Winegrowers Association, served on the Greatest of the Grape Committee for eight years, established her social media consulting business, Vinum Marketing in 2011, and has volunteered with Riverbend Live! since 2012, joining the board in 2013. She also worked with the SPCA New Beginnings in Roseburg for many years fostering and socializing homeless/feral kittens. In her spare time she enjoys live music, UO Ducks football, and gardening.